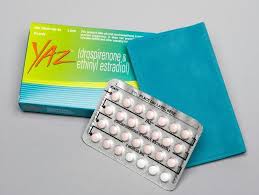 The Brad Hendricks Law Firm wants to help if you or a loved one has been harmed by Yaz (also known as Yasmin and by its generic name “Ocella”).

Originally developed and manufactured by Berlex Laboratories, these medications are referred to as “combination birth control,” which contain the hormones estrogen (ethinyl estradiol) and progestin (drospirenone or “drsp”). Yasmin was approved by the Food and Drug Administration on May 11, 2001.

Bayer AG acquired Berlex Laboratories in 2006 and began marketing this product as “a “different type of birth control pill.” At one point, Yaz was marketed as an effective treatment of premenstrual syndrome (PMS), but in October 2008, the FDA issued a warning letter for this deceptive claim and clarifying that the medication was only meant to help treat Premenstrual Dysphoric Disorder (PMDD) while simultaneously reducing the effects of acne. This marketing campaign was highly effective and today it is the number one birth control pill in the United States, with more than $600 million sales in 2008.

Unfortunately, this “different type of birth control pill” that was marketed as offering such additional perks, in addition to preventing pregnancy, is not without its risks. Some women might simply experience symptoms such as:

Tightness in the chest swelling of the mouth, face, lips, or tongue.

For others, however, the risks are much higher and include the following:

Pulmonary embolism (an artery in the lung is blocked)

There have been more than 50 reports of deaths filed with the FDA since 2004.

The Brad Hendricks Law Firm believes that these risks are simply unacceptable. If you or someone you love have experienced any of these symptoms after taking Yaz, Yasmin, or Ocella, you may be entitled to compensation. For a free consultation with an experienced attorney about your claim, please contact us today at (501) 214-0998 or (870) 330-0475 today!