Have You or a Loved One Taken Topamax? 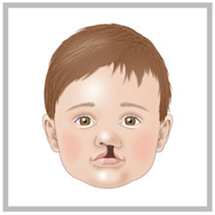 On March 4, 2011, the Food and Drug Administration issued a news release notifying the public of an increased risk of oral birth defects in children born to mothers who have taken the anticonvulsant drug Topamax (Topiramate) while pregnant.

Cleft lip and cleft palate, collectively called oral clefts, are birth defects that occur when parts of the lip or palate do not completely fuse together early in the first trimester of pregnancy, a time when many women do not know they are pregnant. The defects range from a small notch in the lip to a groove that runs into the roof of the mouth and nose, possibly leading to problems with eating, talking, and to ear infections. Surgery often is performed to close the lip and palate and most children do well after treatment.

Topamax (Topiramate) is generally prescribed to treat epilepsy in children and adults, as well as Lennox-Gastault syndrome (which also causes seizures and developmental delays). Topamax and its generic versions are also used to prevent migraine headaches

According to Russell Katz, M.D., director of the Division of Neurology Products in the FDA’s Center for Drug Evaluation and Research, “Health care professionals should carefully consider the benefits and risks of topiramate when prescribing it to women of childbearing age. . . . Alternative medications that have a lower risk of birth defects should be considered.” Patients should not stop taking topiramate unless directed to do so by their health care professional, however, it is vital for women who are, or who may become pregnant while taking topiramate, to discuss other treatment options with their health care professional.

Topamax had previously been marketed for the treatment of bipolar disorder, weight loss, alcohol dependence, post-traumatic stress disorder, depression, autism, and other conditions. In May 2010, the manufacturers of Topamax pled guilty to illegally promoting Topamax for these and other unapproved psychiatric uses, even though the FDA had not granted approval of the drug for such uses. As part of a settlement, the manufacturers were forced to pay fines exceeding $81 million.

Women who become pregnant while taking topiramate should talk to their health care professional about registering with the North American Antiepileptic Drug Pregnancy Registry, a group that collects information about outcomes in infants born to women treated with antiepileptic drugs during pregnancy.